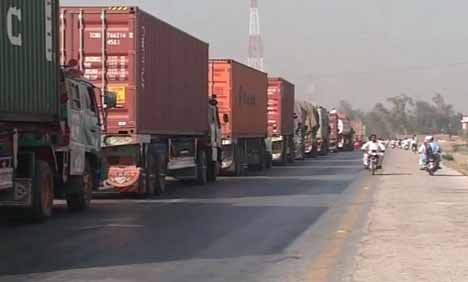 Punjab is one of the states in India that provide the best public transport system in the country.
An extensive network of roads and railways not only connect different parts of the state, but also join it with other parts of the country. Moreover, the state has a number of airports, which adequately cover the needs of the air passengers. Thanks to such advanced infrastructural facilities traveling in Punjab is comfortable and fast.

It is a fact that railways can reach you up to certain points only. If you want to go beyond that point you need to use the available road transport system. However, such a system depends entirely on the availability of good roads. Therefore, it is important that we first look into the existing roadways in Punjab.

Punjab, being a border state, has an extensive network of national highways. The historic Grand Trunk Road, which runs from Kolkata in West Bengal to Peshwar in Pakistan, is the oldest national highway in Punjab. However, the part that runs from Delhi to Wagdha Border (village Attari) is known as NH1. 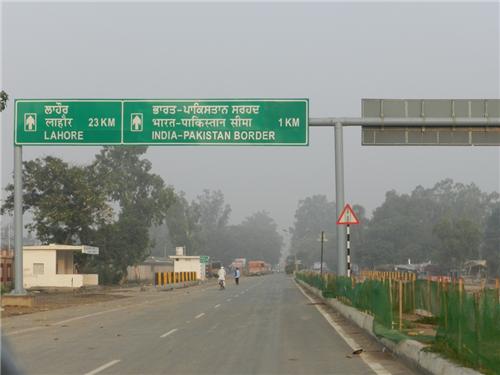 National Highway 1 enters Punjab near Ambala (Haryana) and covers Patiala, Sangrur, Ludhiana, Jalandhar and Kapurthala districts. Rajpura, Ludhiana, Phagwara, Jalandhar, Amritsar and Attari are some of the major cities located on this road. Most part of this road has six lanes. Only the part that runs from Attari to Jalandhar is four-laned.

Other Important National Highways in Punjab 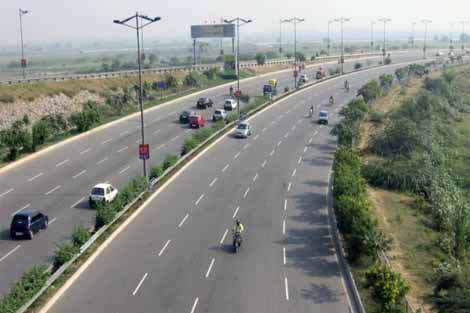 Other than the above mentioned NH 1 following are some other national highways running across Punjab:


National Highways Across Punjab
It is important to note that many of these above mentioned roads have been renamed to suit current requirement. We have already talked about NH 5 which has been formed by the amalgamation of NH 22, NH 95 and parts of NH 21.  Moreover, the first 40 Km of this road is also known as Ambala-Chandigarh Expressway. In addition, parts NH1, NH 21 and whole of NH 70 has now been joined to form NH 3. Nonetheless, the old names are still very popular. That is why they have been used in this article. 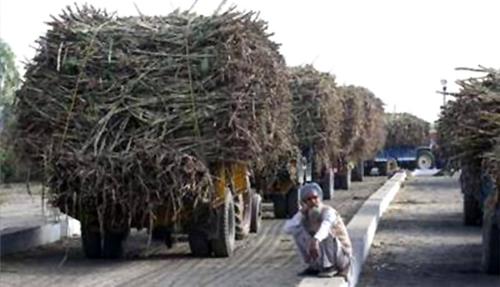 Punjab also has a few state highways constructed by the Government of Punjab. Following is a list of such highways along with the names of few important towns covered by them:


Besides these above mentioned roads, the state has many district roads, municipal roads, panchayat roads etc. In short, the roadway network in Punjab takes you to the most interior part of the state.

However, it is not enough to build roads; it is equally important to have an efficient public transport system in place. Fortunately, Punjab has a well-organized network of road transport system to enable the citizens of the state to travel in comfort.

In general, the autorickshaws are the best mode of intracity travel in Punjab. However, bigger cities such as state capital Chandigarh also offer regular bus and taxi services for commuting within the city. For example, Chandigarh Transport Undertaking runs regular bus services to connect different part of the city. In addition, it also runs a few buses in the adjoining Ajitgarh. 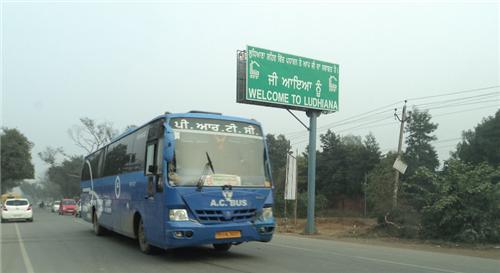 Buses are the best mode of transport for traveling outside the city. There are number of transport operators in the state. However, the biggest is the Punjab Roadways, which came into existence in 1948. It started with a fleet of 13 buses; today it has 2407 buses plying on various routes. In addition, it also operates and monitors a number of bus stands and bus depots throughout Punjab.

Punjab Roadways was established with the aim of providing affordable and comfortable mode of transport both for intercity and interstate travel. Although it is a fully commercial company it offers free/concessional travel to the deserving categories identified by the Punjab Government. Moreover, to facilitate wider reach out, Punjab Roadways has established 18 depots located at different parts of the state. They are as follows:

For further details passengers can call at the following numbers:
N.B: Facilities for telephonic reservation are also available for these buses. However, the passenger has to report and take a confirmed ticket 15 minutes before the scheduled departure of the bus. 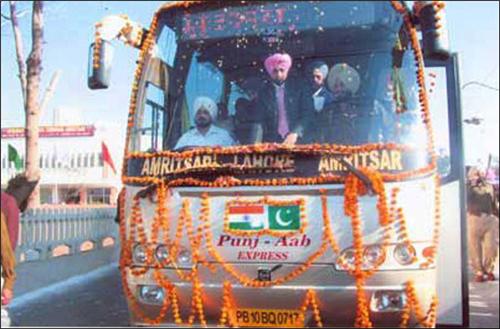 In addition to its domestic services, Punjab Roadways also provides international bus services on Amritsar-Lahore-Amritsar and Amritsar-Nankana Sahib-Amritsar routes. Among them, Amritsar-Lahore-Amritsar buses start from Amritsar International Bus Terminal every Tuesday and Saturday and from Lahore on every Wednesday and Friday.  Buses leave at 9:00 AM IST from Amritsar. Each ticket costs Rs. 750 in Indian currency.

The Nankana Sahib Bus Service operates on every Friday and Wednesday from Amritsar and on every Saturday and Tuesday from Nankana. Buses from Amritsar leave at 9:30 IST and each ticket costs Rs. 1000 in Indian currency. In both these cases, the tickets are available at: 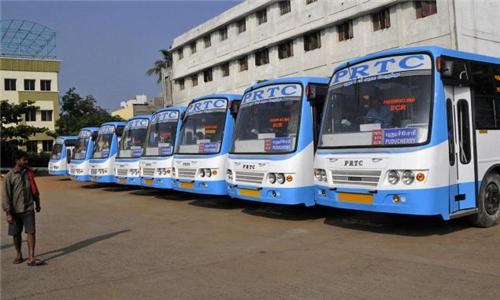 PEPSU Road Transport Corporation is also owned by Government of Punjab. It is headquartered at Patiala and runs a large number of buses not only throughout the length and breadth of Punjab, but also to different cities outside the state.

Originally, the service was started by Patiala and East Punjab States Union (PEPSU) to provide an efficient road transport services within its jurisdiction. Later as the country became independent and PEPSU merged with rest of Punjab, it started running buses all over the state. Finally on 16th October 1956, PEPSU Road Transport Corporation was set-up under Road Transport Corporations Act, 1950 to provide affordable and coordinated bus services throughout the state.

The Corporation started its journey with a fleet of 60 buses, which covered 11,107 daily scheduled kilometers on 15 routes. Today, it has around thousand buses covering a daily mileage of 355827 kilometers under 577 routes. Majority of these buses are owned by the Corporation while some are hired on kilo meter basis.

In addition, it has twelve bus stands owned and operated by it. They are: Talwandi, Patiala, Kapurthala, Sangrur, Bathinda, Budhlada, Sabo, Faridkot, Ahmadgarh, Phagwara, Moonak, Patran and Amloh.

PEPSU Road Transport Corporation provides both intercity and interstate services. It also links several remote villages with nearby towns or cities and hence if you want to see the rural Punjab, the buses run by PRTC are probably the only mode of public transport. States that are directly connected by PRTC buses are Haryana, Himachal Pradesh, Jammu and Kashmir, Rajasthan, Uttar Pradesh, Uttarakhand and Union Territories of Chandigarh and Delhi.

Other Bus Operators in Punjab 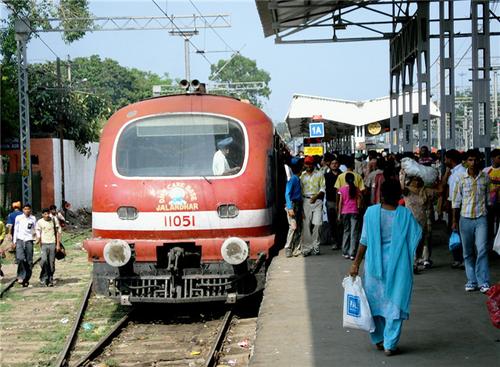 Punjab has an extensive railway network spread all over the state. There are more than 89 important railway stations in the state. Among them 13 are railway junctions where railway tracks from various parts of Punjab meet to form a network. Trains from different parts of the country

Among the railway junctions in Punjab, three are located in Jalandhar district. They are:

In addition, the following two junctions are located in the Ludhiana district:

The other railway junctions located in Punjab are: 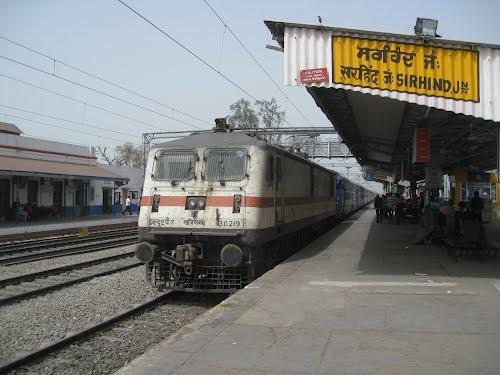 Apart from the above mentioned railway junctions there are many other important railway stations in Punjab. Following is a list of stations along with their station code: 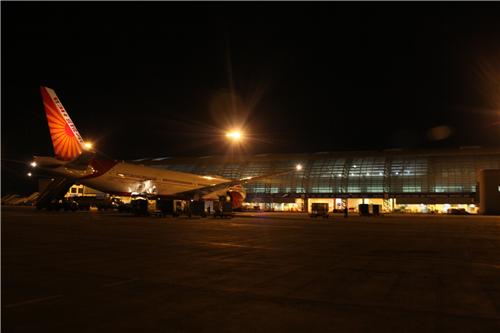 Punjab has a number of military and civil airports located in different parts of the state. However, most of them cater to domestic traffic only. As of now, Sri Guru Ram Das Jee International Airport, located at a distance of 11 km from Amritsar on Amritsar-Ajnala Road is the only international airport in Punjab.

In addition to the above mentioned international airport, another one is now being built near Ajitgarh in Jheorehri village over 305 acres of land. It is hoped that the airport, which is jointly financed by the Airport Authority of India, Government of Punjab and Government of Haryana, is going to start operating very soon. Until that happens, international passenger will have to depend upon Sri Guru Ram Das Jee International Airport or travel to Delhi to catch flights from there.

In addition to the above mentioned Sri Guru Ram Das Jee International Airport, Punjab has few domestic airports to cater to domestic traffic. Chandigarh Airport is one of them. Flights from all over India land up at this airport, thereby connecting the state with rest of India.

Ludhiana Airport, officially known as Sahnewal Aiport, is another important airport in Punjab. It is open to both civilian and air force flights. Besides, there are two other airports at Pathankot and Bathinda. The later is actually located in Virik Kalam near Bathinda and has been built at Rupees 25 Crores over 42 acres of land. However, it has since remained close to commercial flights. The Pathankot airport on the other hand is mainly a military airport; but of late a few commercial flights by the national carrier to Kullu and Delhi have started operating from there.
16004